â€œthe tired parts of the mind can be rested and strengthened, not merely by rest, but by using other parts.â€ -Winston Churchill. 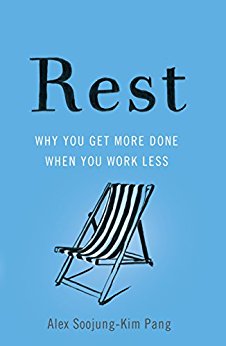 During the First World War, Winston ChurchillÂ proposed a naval attack on the Dardanelles, a strait that provided a sea route to the Russian Empire. But the attack was repelled. Following the navel attack,Â an amphibious landingÂ was launched on the Gallipoli peninsula of the Dardanelles with the aim of capturing the Ottoman capital of Constantinople. But after eight months of fighting and many casualties on both sides, the land campaign was abandoned.

Churchill was demoted after the Gallipoli campaign. He then resigned in November 1915 and left London for the Western front.

Alex Pang reports in his book Rest: Why You Get More Done When You Work Less, that Churchill took up painting after the Gallipoli Campaign as a form of rest. Churchill explained the appeal of painting in his book Painting as a Pastime. Churchill said â€œIt is not enough merely to switch off the lights which play upon the main and ordinary field of interest.â€ Instead, â€œA new field of interest must be illuminated.â€ He continuedÂ â€œthe tired parts of the mind can be rested and strengthened, not merely by rest, but by using other parts.â€

Churchill concludes “The cultivation of a hobby and new forms of interest is therefore a policy of first importance to a public man.”

Pang says an activity becomes deep play when it hasÂ at lest one of four features: (1) it is mentally absorbing, (2) it “offers players a new context in which to use some of the same skill that they use in their work,” (3) it “offers some of the same satisfaction as work, but it also offers different, clearer rewards thanks to differences in media or scale or pace,” and (4) it provides a living connection to the player’s past.

Pang says “this combination of absorption, use of skills in new context, similar satisfactions through different means, and personal connection makes deep play a powerful break from work…”

Pang’s describes that his book “is a book about work.” Which appears paradoxical. But, Pang argues “rest is not work’s adversary,” but instead “rest is work’s partner.”Â The book is an interesting tour of the various activities and practices that can help us get the most out of our opportunities for rest. Complement Pang’s book withÂ Stuart Brownâ€™sÂ Play: How it Shapes the Brain, Opens the Imagination, and Invigorates the Soul.