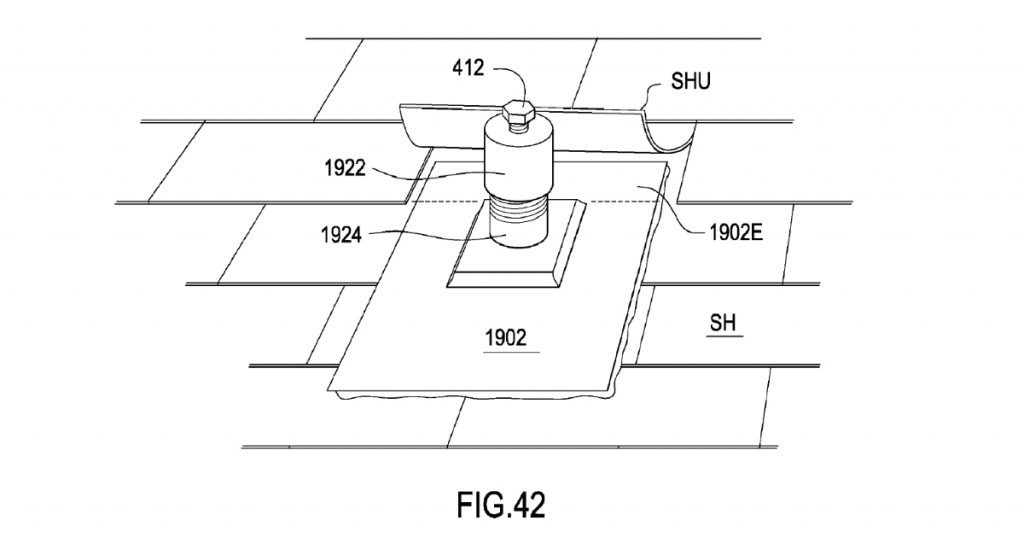 It is not surprising that the content of a patent application is important.Â Sometimes the description of something as simple as a washer is important to obtaining a valid patent.

This is one of the problems with back-of-the napkin or otherwise thin provisional patent applications.Â Even when the application has more to it than a back-of-the napkin level of detail, an application can run into problems that result in no patent protection, as was the case in D Three Enterprises, LLC v. Sunmodo Corporation, Nos. 2017-1909, 2017-1910 (Fed. Cir. 2018).

Descriptions of Washers and Brackets

D Three Enterprises sued Rillito for infringing three patents directed to roof mount sealing assemblies that are used to mount items, such as solar panels, to roofs. The patents claimed priority through a chain of patent applications back to a provisional patent application filed in 2009.

Some of the asserted claims of the patents did not require a soft washer.Â There were various versions of roof mount assemblies shown in the provisional application, butÂ Â only one version was washerless. However, the description of the washerless version used a W pronged attachment bracket.

Claims in a Provisional Application

D Three’s provisional application (61/150,301) did not include any claims. While the law does not require a provisional application to have claims, one or more claims reciting a washerless version with a generic bracket could have been included in the provisional. Such claims might have provided the written support for the later claims in the resulting patent and changed the result. Just because the USPTO does not require claims in a provisional, doesn’t prevent you from including them.

It is important that a patent application describe an invention both broadly and in detail regarding the various embodiments (variations) of the invention. This is designed to provide a broad foundation for future patent claims and for a better chance at obtaining broad and valid patent protection.