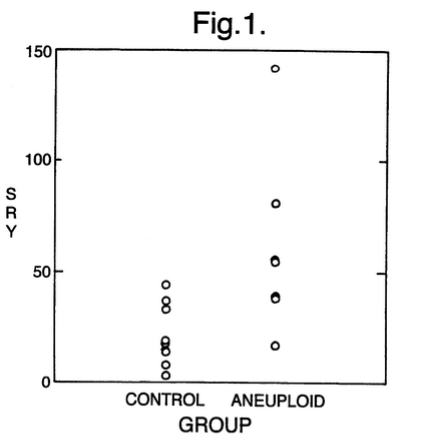 Today test results from a pregnant mother’s blood can detect characteristics of the fetus, such as genetic defects or gender. The method of detecting such characteristics was found non patent eligible by the Court of Appeals in Ariosa Diagnostics v. Sequenom, Inc., Nos. 2014-1139, 2014-1144 (Fed. Cir. 2015).

In 1996, Drs. Dennis Lo and James Wainscoat discovered cell-free fetal DNA (“cffDNA”) in maternal plasma and serum. This plasma and serum was previously discarded as waste by researchers. cffDNA is non-cellular fetal DNA that circulates freely in the blood stream of a pregnant woman. Drs. Lo and Wainscoat used known laboratory techniques to detect the cffDNA and determine fetal characteristics, such as genetic defects orÂ  gender. U.S. Patent 6,258,540, titled “Non-invasive prenatal diagnosis” was granted on this method. But the Court of Appeals determined that the claimed method was not patent eligible.

Claim 1 of the patent provides:

1. A method for detecting a paternally inherited
nucleic acid of fetal origin performed on a maternal
serum or plasma sample from a pregnant female,
which method comprises

detecting the presence of a paternally inherited
nucleic acid of fetal origin in the sample.

According to the Supreme Court in Mayo v. Prometheus,132 S.Ct. 1289 (2012) to determine whether a patent is directed to ineligible natural phenomena, (1) first its is determined whether the claims at issue are directed to a patent-inelibible concept, and (2) if so, it is determined whether the additional elements of the claim transform the nature of the claim into a patent-eligible application of the natural phenomena. The second step is the search for the inventive concept “sufficient to ensure that the patent in practice amounts to significantly more than a patent upon the [ineligible concept] itself.”

It was undisputed that the existence of cffDNA in maternal blood is a natural phenomenon. So the question under step two of the Mayo test was whether the additional steps transformed the claim into a patentable application of the natural phenomenon.

As a result, the method patent was found not patent eligible as a natural phenomena under 35 USC 101.

The court recognized that the testing method in U.S. Patent 6,258,540 was a positive and valuable contribution to science and medicine. But that alone was not sufficient to make the method patentable under the Supreme Court’s precedent, which provides â€œ[g]roundbreaking, innovative, or even brilliant discovery does not by itself satisfy the Â§ 101 inquiry.â€