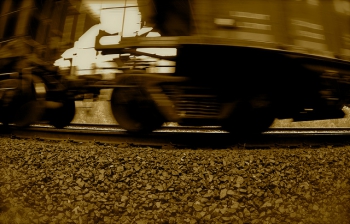 The “in commerce” requirement exist because the source of the federal government’s power to register trademarks comes from the Commerce Clause of the U.S. Constitution. The Commerce Clause in Article I, section 8Â of the Constitution, provides “Congress shall have the power …Â To regulate commerce with foreign nations, and among the several states, and with the Indian tribes.”

How could getting it wrong not matter? When the actual first use date is after the first used date claimed in the application (i.e. the claimed date is too early) but before the date of the filing of the application (for a section 1(a) use application) or filing of a statement of use (for a section 2(a) intent-to-use application), some courts and the TTAB have found the challenger failed to show the falsity was fraudulent. Health Net v. Mid-America Health Network, Inc., No. 93,163, 2000 TTAB LEXIS 40 (TTAB 2000), Travelodge Corp. v. Siragusa, 228 F. Supp. 238 (N.D. Ala. 1964); See McCarthy Â§Â 19:52. Therefore the challenge failed.Â Nonetheless, you don’t want to chance it. You don’t want to give any potential opponent a bone to chew on. You want to get the date right.

Before continuing with this post, first read the prior post on the uses that qualify as a “first use” in commerce.

What does “in commerce” mean?Â Section 45 of the Trademark Act (Lanham Act), 15Â U.S.C. Â§1127, defines â€œcommerceâ€ as â€œall commerce which may lawfully be regulated by Congress.â€ Section 901.03 of the Trademark Manual of Examining ProcedureÂ (TMEP)Â discusses the commerce that may be lawfully regulated by congress. Three types of commerce under the definition: (1) interstate, (2) territorial, and (3) between the US and a foreign country.

Whether a use is a use in interstate commerce can be difficult to determine. AsÂ explained in my prior post,Â a mark is used in commerce with goods when:

A mark is used in commerce with services when:

Goods
The McCarthy trademark treatise, by J. Thomas McCarthy, provides regarding the scope of activities that affect commerce so as to qualify as a use in commerce:Â “If Congress has the power to control racial discrimination at local establishments [under the Civil Rights Act] that (1) serve interstate travelers or (2) sell products which come from out of state [which Congress does], then Congress has equal power to control and register marks used to identify the goods sold buy such establishments.” McCarthy on Trademarks Â§Â 19:123 (2014). Further, McCarthy notes that (1) Congress sought to give trademarks the greatest protection that can be given to them, and (2) that the U.S Supreme Court said the interstate commerce coverage of the Lanam Act has a “sweeping reach.” Id.

McCarthy concludes, “there appears to be no statutory or Constitutional barrier to holding that local sales are made ‘in commerce’ for trademark registration purposes if the sales are either made to interstate travelers or the sale involves purchase of parts, materials, or products from out of state.”Â Id.Â  This isÂ McCarthy’s opinion. But a court and the Trademark Office are not required to agree with McCarthy’s opinion. Nonetheless, McCarthy’s position appears reasonable in light of the caselaw.

Services
TheÂ Larry Harmon Pictures Corp. case noted above held that the use in commerce requirement is satisfied by the service of out-of-state customers in a single-location restaurant.

McCarthy concludes that “If Congress has the power to control racial discrimination at local establishments which either (1) service interstate travelers or (2) use products, a substantial portion of which move in interstate commerce, then Congress has equal power to control and register marks used to identify the services rendered by such establishments.” McCarthy on Trademarks Â§Â 19:105 (2014). Again, this is McCarthy’s opinion and it appears reasonable.

It is possible that the outcome of the Conti case might have been different if the applicant showed some out-of-state advertising. In a different case, the Board found that a billiard hall was rendering services in commerce because, while it was operating only in one state, it advertised out-of-state inÂ New York.Â United States Shoe Corp. v J. Riggs West Inc, 221 U.S.P.Q. 1020Â (TTAB 1984).

If you are not making sales or shipments, or rendering services out-of-state, then you need to look closely at your in-state sales or services to be sure that they directly affect commerce.

Photo credit to Roy Luck under this creative commons license.