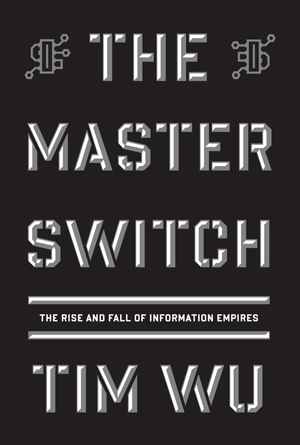 [the inventor’s] significance is enormous…The inventors we remember are significant not so much as inventors, but as founders of â€œdisruptiveâ€ industries, ones that shake up the technological status quo. Through circumstance or luck, they are exactly at the right distance both to imagine the future and to create an independent industry to exploit it.

On the same day in 1876 that Alexander Bell’s patent application on the telephone was filed, a patent application byÂ Elisha Gray was filed on the same invention. Sixteen years before this, Johann Philip Reis of Germany presented a primitive telephone to a scientific group. And, Daniel Drawbaugh, a Pennsylvania electrician, claimed that by 1869 he had a working telephone in his house.

The story of the invention of the telephone is similar to other invention stories where multiple inventors independently invent the same or similar invention within a short period of time. Steve Johnson notes that this substantially simultaneous invention occurs because the invention becomes â€œan adjacent possibleâ€ once founding or necessary elements or parts are created, discovered, or otherwise available. Tim Wu, author of The Master Switch: The Rise and Fall of Information Empire, notes the same phenomenon. One might question whether a particular inventor’s act of inventing is ever significant, if the invention/discovery was bound to happen, by this or another inventor. Wu argues the inventor’s significant is very important for founding of disruptive information industries in a process he calls “the Cycle.”

Wu’s thesis is that the history of information industries shows that such industries oscillate from an open to closed state in what he calls, i.e. “the Cycle.” Based on this history, Wu predicts that the information industry of the Internet may move from an open platform (which it currently is) to a closed system. A separation principle is needed to protect the Internet from being turned into a closed system. The separations principle provides, in part, the following must be kept separate: those who develop information, those who own the network infrastructure on which it travels, and those who control the tools or venues of access.

The book provides a discussion of the development of the telephone industry as one example of (1) a birth of an information industry and (2) the characteristics of a disruptive inventor.

Wu describes invention as making available the adjacent possible. The reality that there was no single inventors of the telephone “suggests that what we call invention, while not easy, is simply what happens once a technology’s development reaches a point where the next step become available to many people,” said Wu.Â  Wu notes that others had provided the tools for the adjacent possible telephone, e.g. others has invented wires, the telegraph, and discovered electricity and the basic principles of acoustics. Therefore the building blocks for the telephone were available and Bell had to put them together. Wu asserts, that “inventors are often more like craftsman than miracle workers.”

Given the regularity with which simultaneous discovery/invention occurs, should the lone inventor be accorded much significance? Wu says the inventor’s significance is still enormous:

…I would argue his significance is enormous; but not for the reasons usually imagined. The inventors we remember are significant not so much as inventors, but as founders of â€œdisruptiveâ€ industries, ones that shake up the technological status quo. Through circumstance or luck, they are exactly at the right distance both to imagine the future and to create an independent industry to exploit it.

Bell build the telephone industry that eventually killed the prior communication industry, the telegraph industry dominated by Western Union. Bell’s patent turned out to be a critical asset for doing so.

Wu notes several conditions that help a disruptive innovator succeed. First, it is important for the inventor to be an outsider with some distance from the current industry:

Letâ€™s focus, first, on the act of invention. The importance of the outsider here owes to his being at the right remove from the prevailing currents of thought about the problem at hand. That distance affords a perspective close enough to understand the problem, yet far enough for greater freedom of thought, freedom from, as it were, the cognitive distortion of what is as opposed to what could be. This innovative distance explains why so many of those who turn an industry upside down are outsiders, even outcasts.

Disruptive innovation supplants or destroys existing products or industries, and sustaining innovation provides incremental improvements. The outsider status of some inventors provides him/her the freedom of a disinterested party:

Another advantage of the outside inventor is less a matter of the imagination than of his being a disinterested party. Distance creates a freedom to develop inventions that might challenge or even destroy the business model of the dominant industry. The outsider is often the only one who can afford to scuttle a perfectly sound ship, to propose an industry that might challenge the business establishment or suggest a whole new business model. Those closer toâ€”often at the trough ofâ€”existing industries face a remarkably constant pressure not to invent things that will ruin their employer. The outsider has nothing to lose.

Bell was an outsider. Bell was a professor, who taught the deaf, and amateur inventor. He worked out of the machine shop in his attic trying to transmit voice across wires. These early efforts are described by Wu as “mostly futile, and the bell company was little more than a typically hopeless startup.”

But not too Far Away

It is not any distance that will work. The right distance is needed because but too much distance from the industry or the adjacent possible puts you out of the game:

It may be that Daniel Drawbaugh actually did invent the telephone seven years before Bell. We may never know; but even if he did, it doesnâ€™t really matter, because he didnâ€™t do anything with it. He was doomed to remain an inventor, not a founder, for he was just too far away from the action to found a disruptive industry.

Wu credits Bell’s partnership with patent attorney, Gardiner Hubbard, a critic of the Telephgraph company, as placing Bell close enough to the industry. Hubbard formed Bell’s invention into a campaign to supplant Western Union as the dominate communications company. Here, like in the case of Telsa, the Bell brought on savvy partner to help with the commercialization efforts.

In contrast, Elisha Gray’s backer was Samuel White. White wanted Gray to focus on an acoustic telegraph. The acoustic telegraph appeared to be destined for large profits as compared to the unestablished telephone. Wu suggests that but for White’s opposition to Gray working on the telephone and Gray’s need to keep his work on the telephone secret, Gray might have developed a working telephone and patented it before Bell.

Wu says, “The inability of Hubbard, White, and everyone else to recognize the promise of the telephone represented a pattern that recurs with a frequency embarrassing to the human race.” To a hammer, everything looks like a nail. Our minds are too lazy to seek out new ways of thinking when old ones will due.Â  “Nothing … concentrates the mind like piles of cash, and the obvious rewards awaiting any telegraph improver were a distraction for anyone even inclined to think about telephony, a fact that actually helped bell.” said Wu.

Wu says “through circumstance or luck” the disruptive inventor is at the right distance to disrupt an industry. However, you may be able to intentionally set yourself up for to be a disruptive inventor by exposing yourself to diverse ideas across disciplines to be in the position to recognize the adjacent possible, having some distance from the targeted industry, and not being distracted by the apparent financial gain available from incremental invention within the targeted industry.