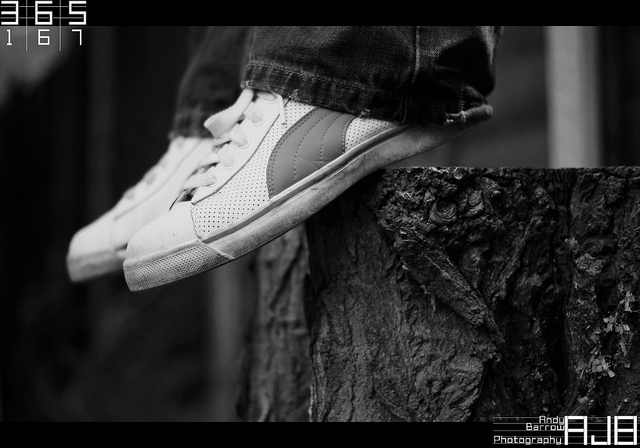 How do you know whether your project / invention is worth continuing to pursue or whether to start in the first place?Â There are many factors that you might consider when determining whether to pursue a project / invention. One question you might want to include in the mix is whether your invention / project makes or has ever made you feel like you are dancing on the edge of failure.

I consume a lot of content on the topic of innovation and entrepreneurship. Recently I was listening to a podcast series called Seth Godinâ€™s Startup School. ThereÂ Seth provided that great characterization “dancing on the edge of failure,” which isÂ applicable to the important engaging work carried on by innovators.

Dancing on The Edge of Failure. In episode 10 of the podcast, titled Tactics, Seth talks about finding oneâ€™s purpose. Seth asserts that you really feel alive and engaged–not because you were born to do a certain thing or endeavour, such as playing the guitar, paving the street, or running a kids shelter–but because you are dancing on the edge of failure in a particular endeavor.

I see the effects of dancing on the edge of failure in my innovator and entrepreneurial clients. The mix of energy, excitement, and hard work brings an invention from conception to market. Clearly, new inventions generally have a higher risk of failure than the tried and true.

I transcribed the following excerpt of the podcast where Seth talks about dancing on the edge of failure:

[14:14] I think thereâ€™s a reason its hard to scale. â€¦. Â [14:40] Â I donâ€™t think there are many answers here, I think largely thereâ€™s one. And this is what the Icarus Deception is about. I think that the purpose for just about everybody, when they feel like they have achieved their purpose, has nothing to do with to play the guitar, to pave the street, to run a kids shelter. I mean none of that is in our DNA, right? I think it is to dance on the edge of failure. I think that when people are dancing on the edge of failure and their growing and there is a void over there but they keep moving forwardâ€”thatâ€™s when we feel alive as people. Thereâ€™s a few people that donâ€™t have that. Its been boiled out of them or raised out of them or whatever. But generally itâ€™s that getting close to the precipice that I think is ingrained in who we are as people.

So when you talk in the persuasive way you have, lots of people sign up for the Linkedin group. But then, they are safe to quit. It is easier to quit than it is to stare down the abyss. Its easier to quit then to do that dance. . . . . That in fact our purpose is in finding the thing that we did that we didnâ€™t think would work an hour ago and now its working well enough to wonder what the next thing is and keep that cycle going. And the magical ironic punchline is the internet is making that easier than ever for 1.5 billion people. The explosion we are about to see, I think, is not the explosion of industrial job creation itâ€™s the explosion of people who figure out, whether there is money involved or not money involved, how to do that scary thing, whatever that scary thing is.