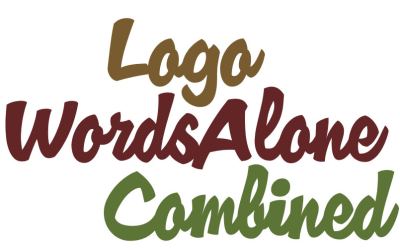 If your trademark includes words, letters, or numbers, before filing a federal trademark application you need to determine whether you will include any logo or stylistic element(s) as a part of your claimed trademark in the application. This is true because the U.S. Patent & Trademark Office asks you to specify whether or not you are claiming with your mark any font, style, size, color, or graphics. Marks without a claim of any of those style elements are known as standard character marks. Marks with any of those claims are known as special form (styled and/or design) marks.

If your mark is a combination of words or characters with a logo or design elements, it can be, but it is not always the best approach to claim the logo and design elements in your trademark application. Below are issues to consider when deciding whether to pursue a trademark registration on a standard character mark or a special form mark.

Types of Trademarks
First a review of the types of trademarks is helpful to the discussion that follows about how to claim your trademark in a trademark application.

Logo Mark with Embedded Text
This type of mark has standard characters embedded in the logo. Starbucks U.S. Trademark Reg. No. 1,815,937 is an example of a registration where the text “STARBUCKS COFFEE” is embedded in the Starbucks logo.

Why So Many Trademark Registrations?
Standard character marks protect just the standard characters of the mark and not any logo, graphical, or stylistic elements. Therefore Nike’s standard character trademark registration does not cover its swoosh logo. On the other hand, special form marks can be interpreted to be limited, to some extent, by their logo, graphical or stylistic elements. Therefore, while the words/characters of a special form mark will generally be given greater weight when comparing to other marks for infringement or conflict, it is possible that in some circumstances were a third party doesn’t use the exact same wording as your mark and does not have the same logo/style elements, then the third party may have a better chance of avoiding your claims of infringement based on a special form mark alone. So covering your mark in multiple registrations can give you broader protection against infringers.

Another, possibly more likely, problem with proceeding only with a special form trademark is that if you decide later to change your logo or the stylistic elements in the special form mark, then you might have to file a new trademark application on the changed version depending on the extent of the changes. Further, you might not be able to renew the trademark registration of the old version because it is no longer in use. Trademark law rewards longevity of use and registration. Therefore a mark that has been registered for a long time will have a better chance of being considered strong and will be harder for others to challenge its validity. So, if you have to drop registrations because of logo changes you will not receive the benefits of maintaining a trademark registration for long periods of time. Standard character marks don’t have this problem because they cover the words within the mark as presented with any logo or stylistic arrangement.

Economizing: Money for Only One Application
If you have a mark with a logo or design elements and you only have the funds to file one trademark application, below is some general information to consider. If you don’t have a logo or graphical representation of the mark, then it is easy, and a standard character mark should be selected in the application process. When choosing to economize by filing one application, there’s always a risk that a situation could arise with a third party where it would have been better to have filed multiple applications or a different type of application than they one that was filed. But that risk is a part of the balance being struck when choosing to reduce costs by pursuing one application.

Weak Marks: Combine with Logo or Stylistic Elements
If the words or characters of your mark are weak or descriptive then it is generally best to pursue a trademark application that claims the combination of the words and a logo, but only if the words and logo will be used together in your business. This is effective when the logo includes the words of the mark (e.g. Starbucks Logo). However it also can be effective if the logo and words are adjacent one another (e.g. “Nike”combined with the Swoosh). Either way, the distinctiveness of the logo should protect the trademark from being considered merely descriptive by the Trademark Office.

Important LogoIf the characters or words of your trademark are distinctive but your logo is very important to you, you might decide to pursue a special form mark including the logo and the words given the importance of your logo (e.g. “Nike” combined with the Swoosh mark and Starbuck’s logo mark). However, if the logo is changed in the future you may have trademark renewal problems as explained above.

Font Only
If the stylistic features of your mark only include a particular font style or color arrangement (e.g. IBM and Mobile), then as long as you’re mark is sufficiently distinctive you will probably get the most bang for your buck by pursuing a standard character mark.

Conclusion
The broadest protection may be obtained by filing separate federal trademark applications on the words lone, the logo, and the logo combined with the words. However, when starting out, you might decide to economize by filing only one trademark application. Whether that application should be a standard character mark or a special form mark is circumstance dependent. Many times an application on the standard character mark make sense as long as the mark is sufficiently distinctive. If it is not distinctive then an application on a special form mark having the logo and the words may be the best option. Above are some points to consider in the decision process.