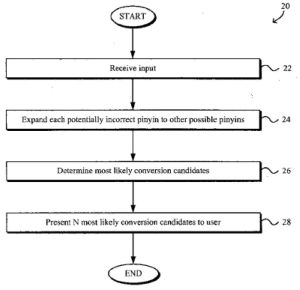 A patent application, published on January 31, shows Google is continuing to develop for the Chinese market. The application discloses a program for spell checking non-Roman character based languages, such as Chinese, Japanese, and Korean. Although the summary of the invention section provides that the program may cover any non-Roman based language, the dependent claims show the application is focused on the Chinese language.