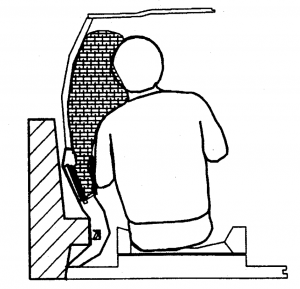 Automotive Technologies International (ATI) sued numerous vehicle and parts manufacturers including BMW and Delphi Automotive Systems for infringing US patent 5,231,253 on side impact crash sensors for deploying an air bag. The court of appeals determined that the patent was invalid for failing to enable the claimed invention in Auto. Techs. Int’l, Inc. v. BMW of N. Am., Inc., 501 F.3d 1274 (Fed. Cir. 2007).

The law requires that your patent application describe your invention to such a level of detail so as to enable one who’s skilled in the art to  make and use the invention, without undue experimentation. This is known as the enablement requirement. The relevant statute states that every patent must describe “the manner and process of making and using [the invention], in such full, clear, concise, and exact terms as to enable any person skilled in the art to which it pertains, or with which it is most nearly connected, to make and use the [invention].” 35 USC 112.

This is part of the patent bargain. You tell the world how to make and use the invention and the government grants you a limited monopoly.

This is true because when an inventor chooses to rely upon general knowledge in the art to render his/her disclosure enabling, the inventor bears the risk on this issue of whether those of ordinary skill in that can be expected to possess or know where to obtain this knowledge. In re Howarth, 654 F.2d 103 (CCAP 1981).  “To avoid the risk, [he/she] need only set forth the information in his specification…” And you should want to avoid this risk, as the ATI case demonstrates. 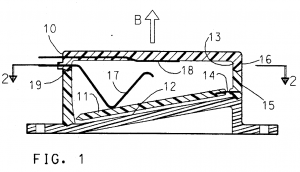 As the ATI case demonstrates, it is best not to get close to the line between what is and is not enough detail to enable a person skilled in the art to make and use your invention. Instead you should spend the time to provide the level of detail, with respect to each variation of the invention, so there can be no question. And that often involves describing details known to one skilled in the art.