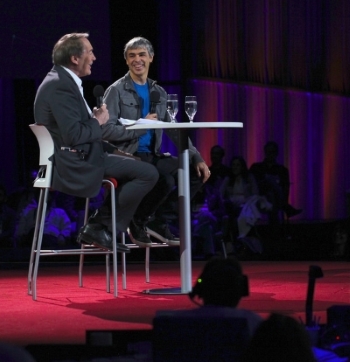 The future is already here — it’s just not evenly distributed.

Trying to determine whether your product or service will be a success is the business of predicting the future. Predicting can be hard. The difficulty is compounded by the fact that often you will want to determine whether there is a market for the invention before spending money on the patent process, but patent law encourages you to file a patent application before you make your invention public. Below are ideas on predicting the future.

Larry Page, founder of Google, said in a conversation with Charlie Rose:

Invention is not enough. Tesla invented the electric power we use, but he struggled to get it out to people. You have to combine both things: invention and innovation focus, plus the company that can commercialize things and get them to people. . . .

Lots of companies donâ€™t succeed over time. What do they fundamentally do wrong? They usually miss the future. I try to focus on that: What is the future really going to be? And how do we create it? And how do we power our organization to really focus on that and really drive it at a high rate? When I was working on Android, I felt guilty. It wasnâ€™t what we were working on, it was a start-up, and I felt guilty. That was stupid! It was the future.

Chris Anderson, entrepreneur and former editor-in-chief of Wired magazine, says he doesn’t try to predict the future, but he actually does by observation. Anderson said:

I actually never, never make the mistake of trying to predict the future, ’cause I suck at it. And I fall back — and you’ll forgive my little semantic parlor trick here — but I fall back on William Gibson’s famous quote that ‘the future is already here — it’s just not evenly distributed.’ To predict the future, you just have to keep your eyes open, and there it is.

Anderson’s strategy of predicting the future by observation is the concept discussed by entrepreneur and investor, Chris Dixon. Dixon said:

Itâ€™s a good bet these present-day hobbies will seed future industries. What the smartest people do on the weekends is what everyone else will do during the week in ten years.

Makers are a type of hobbyist. What does it mean to be a maker? Seth Godin spoke at the World Maker Faire and said this:

…if you are a maker, what have you made recently that was a complete and epic failure?

One right prediction in any one body of work would be lucky, but this many right answers canâ€™t be luck â€” clearly, something sets these people apart. Many of the greatest sci-fi writers also had serious scientific training: Isaac Asimov had a Ph.D. in biochemistry, and Arthur C. Clarke had degrees in math and physicns; H.G. Wells had a degree in biologyâ€¦

Conclusion
So, it is important to focus on the future. The future is already here, you only need to look for it. One place to look for it is in cutting edge science. Another way to look for it is to watch what makers, hackers, and hobbyists are doing with their free time.