Converse filed a complaint at the International Trade Commission (ITC) seeking an order blocking the importation of several shoes that Converse alleged to infringe Converse’s trade dress rights in three design elements on the mid-sole of Converse’s All Star shoes. 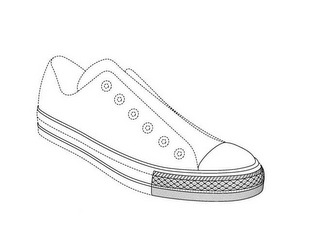 Third party use of a mark is relevant to whether a trademark has acquired distinctiveness in the relevant market place. If many third parties use a mark, then it is less likely that this mark will be recognized in the marketplace as associated with one source of goods or services.

The defendants in the ITC proceeding asserted that the design elements had not acquired distinctiveness. They relied, in part, on evidence of third party designs. Some of those third party design usages were old.

The Federal Circuit said that the ITC erred byÂ too heavily relying on prior uses long predating the first infringing uses and the date of registration in Converse, Inc. v. ITC, No. 2016-2467 (Fed. Cir. 2018). The court relied on Section 2(f) of the Lanham Act to find that the five year period prior to the relevant date was the most relevant time frame to consider third party use.

The court said that “Consumers are more likely to remember and be impacted in their perceptions by third-party uses within five year and less likely with respect to older uses.” It continued that “uses older than five years should only be considered relevant if there is evidence that such uses were likely to have impacted consumers’ perceptions of the mark as of the relevant date.”