“The man who wishes to keep at the problem long enough to really learn anything positively must not take dangerous risks. Carelessness and overconfidence are usually more dangerous than deliberately accepted risks,” said Wilbur Wright. 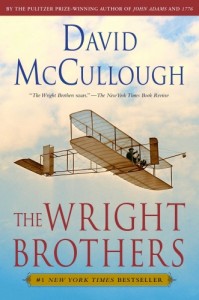 The process of inventing the airplane and testing it carried risks. However, as David McCullough writes in his book The Wright Brothers, “caution and close attention to all advanced preparations were to be the rule for the brothers.”

He continued, “They would take risks when necessary, but they were not daredevils out to perform stunts and they never would be.” In addition to the brothers’ study of flight attempts of others and the manner that birds fly, the brothers took many cautious steps in preparation for their first flight experiences.

The brothers realized that their home town of Dayton, Ohio was not ideal for flight experiments. Instead, they sought a location with consistent winds and soft sand to test their machine.

Wilbur first inquired with Octave Chanute, an engineer, for advice on where to conduct flying experiments. But the locations in California and Florida that Octave knew of were “deficient in sand hills” for soft landings. Instead, Octave suggested the coasts of South Carolina or Georgia might be better.

Wilbur Wright inquired with the United States Weather Bureau about the prevailing winds aroundÂ the country. The Bureau responded with records of monthly wind velocities of more than one hundred weather stations around the country. A spot called Kitty Hawk on the Outer Banks of North Carolina stood out.

But Wilber would not rely on the weather data alone, he wanted confirmation from someone there at Kitty Hawk. Wilbur wrote to the head of the Weather Bureau at Kitty Hawk. A reply confirmed that there was “a stretch of sandy land one mile by five with a bare hill in center 80 feet high, not a tree or bush anywhere to break the evenness of the wind” and the “winds were always steady, generally from 10 to 20 miles velocity per hour.”

Having settled on a suitable location, the brothers would not start out with a powered plane, but an unpowered version. They could use the wind at the sand hill to test the equilibrium and control of the plane before adding engine power. Wilbur said:

“I have my machine nearly finished. It is not to have a motor and is not expected to fly in any true sense of the word. My idea is merely to experiment and practice with a view to solving the problem of equilibrium. I have plans which I hope to find much in advance of the methods tried by previous experimenters. When once a machine is under proper control under all conditions, the motor problem will be quickly solved. A failure of a motor will then mean simply a slow descent and safe landing instead of a disastrous fall.”

McCullough recounts that Wilbur stressed to his father that Wilbur “did not intend to raise many feet from the ground, and on the chance that he were ‘upset,’ there was nothing but soft sand on which to land.” Wilbur further said “The man who wishes to keep at the problem long enough to really learn anything positively must not take dangerous risks. Carelessness and overconfidence are usually more dangerous than deliberately accepted risks.”

Wilbur even went so far as to assure his father thatÂ he was taking “every precaution” about his drinking water in the Outer Banks.

Read more about the ups and downs of the Wright Brothers’ work in McCullough’s book, which is a worthy read.