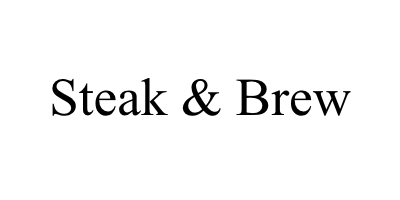 The court refused to accept the argument that the Hoots’ Illinois trademark registration entitled them to rights throughout the state when they were only using the mark in and around Mattoon, IL.

The Illinois state registration will not insulate against claims of infringement made by the owner of a federal registration nor will it block third parties from moving into the state using your mark in areas of the state where you are not operating/selling.

Geographic Scope of Illinois State Registration: Area of Use, Not Entire State

In the Steak & Brew case, the Illinois trademark registration owner operated in Peoria, Illinois and the defendant operated its restaurant 100 miles away in Rock Island, Illinois. The Steak & Brew court stated, “[The Plaintiff’s] registration of the ‘Steak & Brew’ mark simply does not bar the innocent adoption and use by the defendants of a somewhat similar name embracing the word ‘Brew’ in the Quad-Cities area where plaintiff’s mark has never been used.”

The trademark act effective in the Steak & Brew case is different from the current act in Illinois, but the result is the same. The current Illinois Trademark Registration and Protection Act (Illinois Trademark Act) provides a protection of common law rights: “Nothing in this Act shall adversely affect the rights or the enforcement of rights in marks acquired in good faith at any time at common law.” 765 ILCS 1036/80.

The “at any time” language must mean rights acquired under the common law either before or after an Illinois registration is granted.

Therefore, under the common law, the defendant Beef & Brew Restaurant would begin to build up rights in the BEEF & BREW mark simply by operating its restaurant under that name in Rock Island. As the plaintiff only operated far away in Peoria, its rights would not extend to Rock Island under the common law. This is true even though the plaintiff obtained its Illinois registration before the defendant began operating in Rock Island.

The Illinois Trademark Act provides for an award of treble monetary damages in the case of willful trademark infringement, which is not available to unregistered marks under the federal Lanham Act. 765 ILCS 1036/70. However, it is often difficult to prove willfulness in a trademark infringement suit. And if litigation under the Illinois Trademark Act is similar to that under the Lanham Act, the statistical likelihood of obtaining an award of money damages at trial is low.