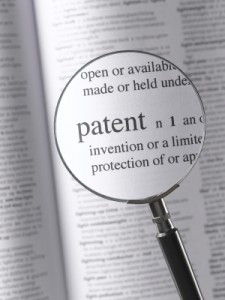 A freedom-to-operate opinions involve an analysis of the results of a clearance or non-infringement patent search to determine whether a particular product, service, or group of products or services, if commercialized, would infringe patents owned by others, or stated another way, whether the client has the freedom-to-operate regarding the product or service at issue. This is different from a patentability search, which seeks to determine whether or not an idea is new and could be protected applying for a patent.

The flagged patents are then checked to see whether they are expired due to age or due to a failure of the patent owner to pay a maintenance fee. Maintenance fees are due at 3 Â½, 7 Â½, and 11 Â½ years after the patent issues. Expired patents generally cannot be infringed, except in the case that the patent owner timely petitions to revive a patent after failing to timely pay the maintenance fee. However, in such a case of revival, the law provides certain protections, called intervening rights, to someone that makes substantial preparations to manufacture, use, offer for sale, or sale while the patent was expired (after the 6 months grace period).

Patent Analysis
Of the flagged patents that are not expired beyond the grace period, a detailed analysis occurs to determine whether such patents pose an infringement risk to the product or service at issue. The detailed analysis involves interpreting the meaning of the claims and the terms within the claims. The interpretation includes reading the specification of the patent and reviewing the drawings. It can include reading the file history of the patent application that corresponds to the subject patent to determine whether anything that occurred during the prosecution (the interaction between the patent applicant and the Patent Office) of the patent application will shed light on the meaning of any terms in the claims. The interpretation may also include reviewing the prior art cited in the subject patent. Further steps may be taken during the analysis, such as, performing further prior art searching to determine whether prior art limits the scope of claim terms at issue.

Conclusion
A clearance search is used to determine whether you product is likely to infringe another’s patent. An invalidity analysis considers whether the Patent Office made a mistake and granted the patent holder more protection than they were entitled to receive. These steps can assist you in determining whether there is a patent risk in proceeding with the sale of a product or service within the United States.