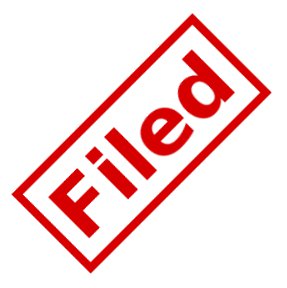 The Patent Prosecution (Negotiation) Stage
At least some claims are rejected (or another objection is raised) as a result of the first substantive examination in about 77 to 95 percent of all patent applications. When claim rejections or other objections are found by the examiner, the examiner will issue an office action explaining the reasons for the rejections and objections.

Many patents result from patent applications that received at least one rejection in an office action after the first substantive examination by the examiner. In most cases, the office action is not the end of the road, but rather the beginning of a negotiation (known as patent prosecution) between the patent attorney, on your behalf, and the Examiner at the USPTO as to the scope of the protection that will be granted over your invention in a resulting patent.

There are a number of ways to respond to an office action. One way is for the attorney to draft a written response to the office action which amends the wording of the claims and/or makes arguments on behalf of the patent applicant on why the application should be allowed to issue into a patent. Another means that can be employed is for the patent attorney to setup a telephone interview with the examiner were the attorney can discuss the issues raised by the Examiner in the Office Action and seek to place the patent application in condition for allowance.

Whether your patent application is granted relatively quickly depends on many factors including: the goals of the client, the scope of protection sought, the degree to which the subject matter area of the invention is crowded (e.g. many similar inventions disclosed in the previously), how close your invention is to other inventions in the field, the disposition of the Examiner, and whether a patent search was performed before that application was filed, among other factors.