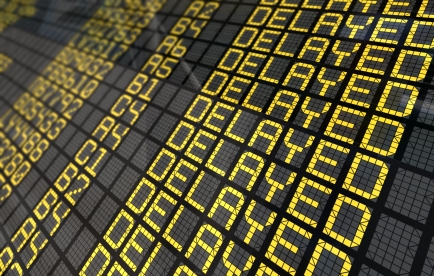 Does a long delay between the filing date of the application and the patent issue date hurt the inventorâ€™s plans to exploit his invention? What if someone sees his product, copies it and sells it before the inventor has his patent?

Short Commercial Life
For inventions that have a short commercial duration, a long period of time between patent application filing date and patent issue date can be harmful. For example, if an invention was only useful for a particular model cell phone and not useful after the cell phone is replaced by a new model, the long delay could be detrimental to commercial exploitation of the invention, in that a copier of the invention could not be stopped before the commercial life of the product has already dried up.

Longer Commercial Life
However, for most inventions, the commercial viability of the invention lasts well beyond 3 or 4 years. In this case, the delay at the Patent Office to issue a patent is not necessarily detrimental and can work in the inventorâ€™s favor. For example, once an application is on file, the inventor can exploit his invention by advertising, offering the invention for sale over the Internet and undertaking other commercial activities to create a market for the product. This is expensive. On the other hand, the costs of obtaining the patent are spread out and delayed.

Copier Makes a Market
During this â€œpatent pendingâ€ period a copier is free to copy the invention since the inventor does not have an issued patent (except in certain usual circumstances). However, the copier will also spend money on creating a market for the product. The copier may be a company that is in a better position to advertise and create consumer demand for the product than the inventor. The copier could market the product for a few years before the inventorâ€™s patent issues.

Beneficial Delay
For some inventors and companies, a delay in obtaining a patent due to the backlog at the Patent Office may actually be beneficial.