Trade dress can include the shape or configuration a product or packaging. Trade dress is protectable if, among other things, it serves to identify a source of goods or services, as a trademark does, and it is nonfunctional. The question of what is nonfunctional was addressed in a recent case involving a french press coffee maker.

Bodum USA sued A Top New Casting alleging infringement of Bodum’s trade dress in the product configuration of its Chambord french press coffee maker. Below is a comparison of the products at issue with the Bodum’s product on the left and A Top’ s product on the right (from the court opinion):

Bodum claimed trade dress protection in the overall appearance of its product, with the following elements identified as contributing to that appearance: “the metal band surrounding the carafe that forms support feet and the handle attachment, the domed lid, the rounded knob atop the plunger, and the Câ€shaped handle.”

A Top argued that Bodum failed to establish that these claimed features where not essential to the product’s use and therefore nonfunctional. Yet the court distinguished the common meaning of functional from the meaning used in trade dress law.

The court said that “to establish it has a valid trade dress, Bodum did not have to prove that something like a handle does not serve any function.” The court continued, “It merely needed to prove that preventing competitors from copying the Chambordâ€™s particular design would not significantly disadvantage them from producing a competitive and costâ€efficient French press coffeemaker.”

According to the court, Bodum was not claiming that any French press coffeemaker with a handle, a domed top, or metal around the carafe infringes on its trade dress. Instead it was objecting to the overall appearance of A Top’s product, which included “the same shaped handle, the same domed lid, the same shaped feet, the same rounded knob, and the same shaped metal frame as the Chambord.” 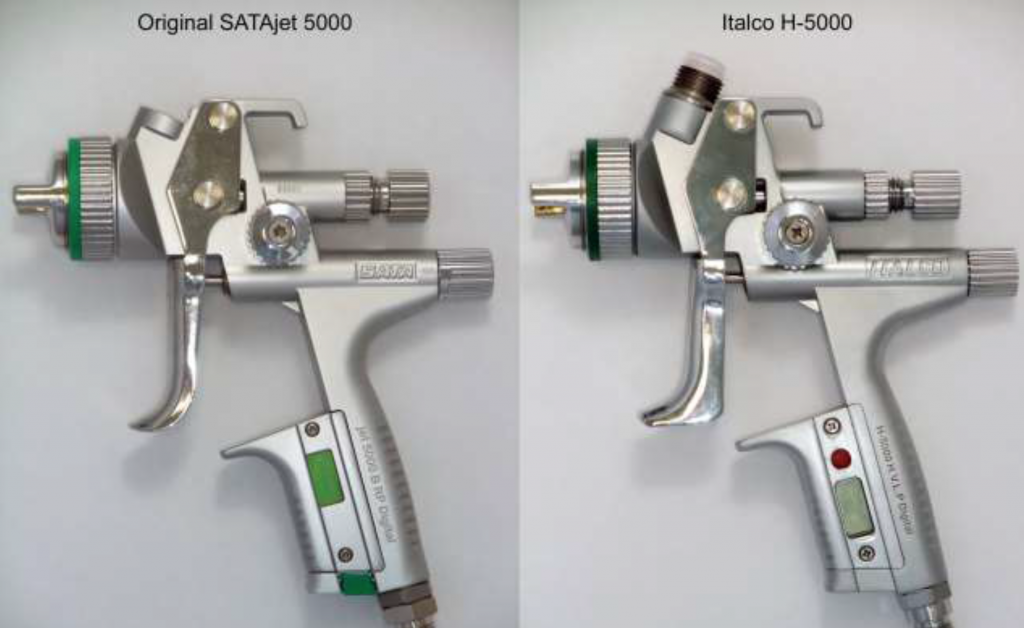 One of the trademark SATA asserted was U.S. Trademark Registration No. 2,770,801 for a design mark of “a green band of color extended around the circumference of a paint spray gun air cap ring, the green band being narrower than the air cap ring…The drawing is lined for the color green.” The drawing of the mark is: 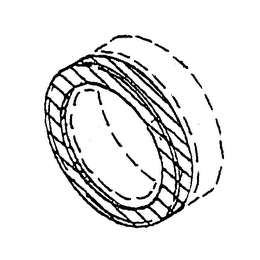 SATA also assertedÂ U.S. Trademark Registration No. 2,793,583Â for to a design mark of “a band of [any] color extended around the circumference of a paint spray gun air cap ring, the color band being narrower than the air cap ring and of a color that contrasts with the air cap ring.” The drawing of the mark is: 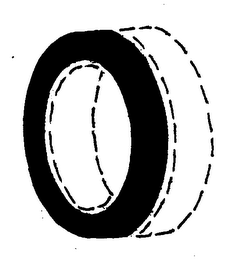 Below is a photo of the green ring deployed on SATA’s actual product. 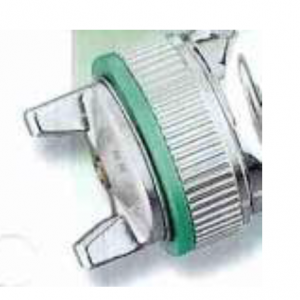 The principle of allowing the registration of multi-color design marks appears to be first addressed in a 1972 case where Data Packaging Corp. applied to register a design applied to a computer tape reels. In re Data Packaging Corp., 453 F.2d 1300, 1302 (CCPA 1972). The claimed design was to “aÂ narrow annular band mounted on the front reel flange, adjacent to and concentric with the hub of the reel, in a color which contrasts with the reel flange.” The USPTO refused registrationÂ asserting that the law prohibited the registration of a mark which provided for the use of any color as its distinguishing feature.

The court of appeals rejected that view and reversed the USPTO. The court concluded that “there is no reason why an applicant should not be able to obtain a single registration of a design mark covering all the different colors in which it may appear, that is to say, not limited to a particular color.”

The SATA case is only at the complaint stage so we don’t have any rulings with respect to SATA’s marks. Nevertheless, the plead registrations demonstrate a multi-color design trademark registration.

Product and Service Packaging
One example of product packaging trade dress is the classic Coca Cola bottle shape. Coca Cola has a registered trademark (Tm. Reg. No. 1,057,884) over the shape of the classic Coca Cola bottle, as shown at the top of this post. The Coca Cola bottle shape has been used since 1916. Given the unique shape and Coca Cola’s long and exclusive use of this shape for packaging cola, the purchasing public has come to recognize the shape of that bottle as associated with Coca Cola, even if the Coca Cola name is not on the bottle. Product packaging can also cover traditional box package styling. However, aspects of a service “packaging” can also be protected, such as the appearance and decor of a restaurant.Â  This is not an exhaustive list, basically any packaging or “dressing” of a product or service might qualify as trade dress.

Product Design
Trade dress rights can be generated in the design of the product itself, separate from the product packaging. Generally it takes a longer amount of time and/or more marketing efforts to generate trade dress rights in the shape of a product. One, somewhat controversial example of registered product design trade dress is that of the Navy Chair by Emeco Industries (Tm. Reg. No. 2,511,360). The Emeco Navy Chair is an example where a company has had a long period of use of the product shape. Emeco claims to have sold the Navy Chair since 1978.

An other example of product design trade dress is the configuration of the iPhone being rectangular with rounded corners as shown in Tm. Reg. No. 3,457,218 (“the ‘218 registration”). Apple used this design since 2007 and it was registered in 2008. This is a very short time for a product design to achieve trade dress protection. However the Trademark Office was convinced that the shape had become distinctive .

In Apple’s application to register this trade dress, Apple claimed that the extensive media coverage of the launch of the iPhone, including front page coverage on national newspapers and lead stories on TV news broadcasts, amounted to about $400 million in free advertising. Further, Apple claimed 1 million iPhones were sold in the first 74 days after the product was launched. Apple cited leading trademark scholar Thomas McCarthy’s treatise McCarthy on Trademarks for the proposition that no minimum amount of time is necessary for a mark to achieve distinctiveness in the marketplace. Massive TV and print advertising campaign can promote a trademark or trade dress to distinctiveness within a matter of days or weeks in certain circumstances. Currently Microsoft is challenging the validity of this ‘218 registration at the trademark office.

Conclusion
The packaging or the product itself can be protected under trademark law if such packaging or product becomes distinctive in the minds of the consumers so that it is associated with a single source (e.g. your company). Often it can take a period of time for such trade dress rights to develop. However, there is no set period of time, and recognition can be achieve in a short time depending on the extent to which customers have been exposed to the trade dress.