I previously wrote about the trademark application for BEAST MODE SOCCER. In that case, evidence of third party use was not close enough to weaken the two registered marks for BEAST MODE owned by retired NFL football player Marshawn Lynch.

Another issue in that case was whether the addition of SOCCER in the applied-for mark was sufficient to distinguish it from the registered marks. It was not.

The court said, “When one incorporates the entire arbitrary mark of another into a composite mark, . . . inclusion of a merely suggestive or descriptive element, of course, is of much less significance in avoiding a likelihood of confusion.â€Â

The overlapping elements, BEAST MODE, were strong and the SOCCER element was weak as descriptive. Therefore, the addition of SOCCER to BEAST MODE was not sufficient to distinguish it from BEAST MODE and avoid a likelihood of confusion. 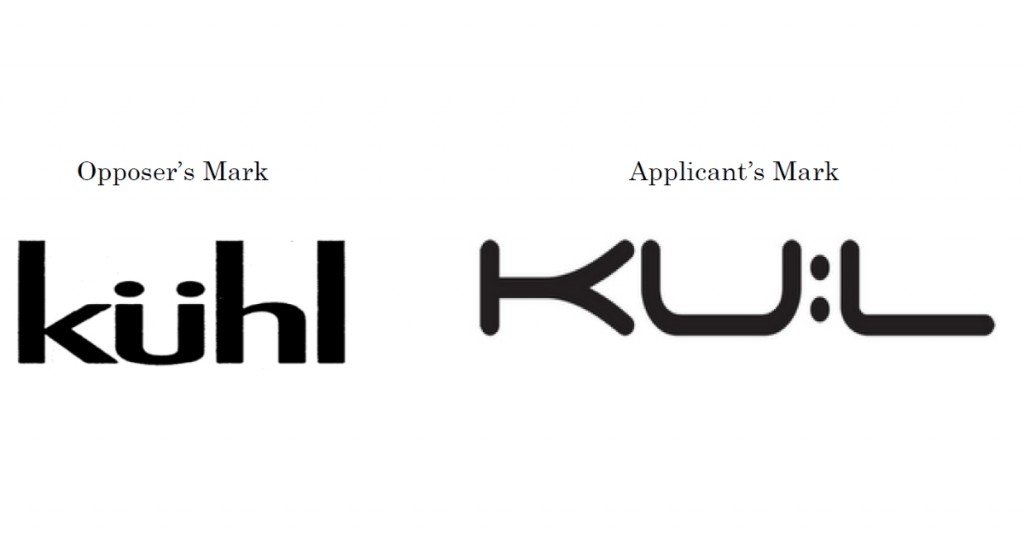 Alfwear attempted to show that its mark was famous. But showing that a mark is famous is hard. A famous mark must have extensive public recognition and renown. Aflwear presented evidence that:

This was not enough to show that its KÃœHL mark was famous.

“…raw numbers alone in today’s world may be misleading. For example, a 30-second spot commercial shown during a Super Bowl football game may cost a vast sum, but the expenditure may have little if any impact on how the public reacts to the commercial message. At the other extreme, handbills passed at little cost to millions of consumers (for example, to New Yorkers exiting subway stations) may amount to the kind of advertising that is probative of consumer recognition of a mark. Consequently, some context in which to place raw statistics is reasonable.”Â Bose Corp. v. QSC Audio Prods., 293 F.3d 1367, 1375 (Fed. Cir. 2002).

It also said, “A tiny percentage of the market share for the product or a small share of advertising revenues for the product market could undermine the weight given to the figures for assessment of fame.”Â

While Alfwear did not establish that its mark was famous, the evidence did persuade the Board that Alfwear’s KÃœHL mark was strong.

Alfwear ultimately prevailed as the Board found that there was a likelihood of confusion between Alfwear’s marks andÂ Shuff’s mark. The Board said:

Because the marks are similar, and the goods are related and move in the same channels of trade, and Opposerâ€™s â€œrugged outdoor clothingâ€ may be purchased by consumers exercising a low degree of purchasing care, we find that Applicantâ€™s mark KU:L (stylized) for â€œbicyclesâ€ is likely to cause confusion with Opposerâ€™s mark KÃœHL (stylized) for â€œrugged outdoor clothing, namely, jackets, shirts, pants, shorts, t-shirts,
and hats.â€