Can you send me a form Nondislcosure Agreement (NDA)? Lawyers get this question often. But, ideally you don’t want a form NDA, you want one or more NDAs tailored to the situations where they will be used.

PeopleÂ often sign NDAsÂ without thinking too much about them. But not all NDAs are the same. And there are situations where an NDA can come back to bite you in ways you might not expect. Let’s look at the subject matter scope of an NDA.

Many form NDAs will have very broad definitions of what is considered confidential information that should not be disclosed. You might see something like:

Confidential Information shall mean any data or information that is competitively sensitive material and not generally known to the public, including, but not limited to, information Â relating to any of the following: product development, inventions, product plans, marketing strategies, documentation, reports, data, database, customer lists, customer relationships, customer profiles, business plans and results relating to past, present or future business activities.

This provision provides no limitation on the subject matter that is confidential. That is, it does not limit the confidentiality obligations to a particular technical field or product.

The lack of a subject matter limitation could be a problem if the other party to the NDA starts disclosing confidential information to you in a field that you have an interest in entering. If so, thatÂ party might effectively block you from entering a given field merely by disclosing confidential information directed to that field or product. This problem can be avoided by providing field or product subject matter limitations in the NDA.

ConFold sued Polaris for breachÂ of theÂ NDA alleging that Polaris’s returnable container was based on the container that ConFold submitted. But the court found that, among other things, (1) the NDA title suggested that the scope of the NDA was confined to reverse logistics analysis, and (2) that the limiting language of the NDA of “ConFold has information relating to its proprietaryÂ software systems, documentation, and related consultingÂ services which it considers to be proprietary,” andÂ “software systems, documentation, and relatedÂ consulting services” referred to the reverse logisticsÂ analysis itself. The court concluded that the language of the NDA limited the confidential subject matter to the reverse logistics consulting. And, the returnable shipping container design was outside of that scope.

Further,Â evidence showed that ConFold had a form NDA “specific for design” but it did not ask Polaris to sign it.

If Polaris signed an NDA without any subject matter limits, it could have been on the hook to ConFold for the returnable shipping container design. This probably was not what Polaris intended when it hired ConFold for theÂ reverse logistics consulting.

Providing subject matter limits in an NDA is an important step to prevent the NDA from covering subjects that you didn’t intended to cover and from blocking your future product development or business efforts. 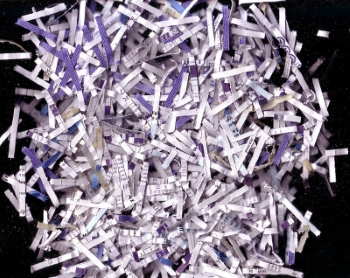 Not every invention is patentable. Yet, inventors and companies may decide to proceed to market with an unpatentable products or services. This article will explore other intellectual property protection options that exist beyond patents.

The brand can be built around a product/service name or around a company name or both. If the names used in your branding are unique (they should be), then you can seek to obtain a federal trademark registration which will provide additional benefits. The trademark rights built around your product or service will not prevent competitors from copying the product or service. Yet it will prevent them from using your trademark or a similar mark. The strategy of building a brand is designed to draw customers to your brand regardless of the competition.

Contract
It is possible to draft a contract that requires the party receiving the invention to keep it confidential and not disclose it to others (similar to an NDA). This is more likely to occur with business to business transactions where the sale involves significant money or resources to execute or implement. The other party would need to agree to such a confidentiality term.

This does not work with consumer goods because the product often needs to be marketed broadly and public ally where the invention details may be disclosed.

Conclusion
There are a number of alternative approaches to protection when your invention is not patentable. While each alternative is not a complete substitute, the options above may provide some protection when proceeding with a product or service in the absence of a patent, depending on the circumstance.

At the outset of product / service development there is often a tension between the desire to keep the invention confidential and the desire to know whether there will be sufficient interest in the invention from customers or those who might make and sell it to customers. Therefore the issue arises as to how to protect an invention early in the product development, partnering, or sale process.

There are three ways of proceeding: (1) first file a patent application before any disclosures to third parties, (2) disclose to a third party only after obtaining a signed nondisclosure agreement (NDA), (3) disclose without an NDA or application filed and hope for the best. The first is the most preferred and the last approach is not recommended.

Difficulties with NDAs Before Sales Pitch
Disclosure of an idea to another party that is under a written obligation (e.g. NDA) to maintain that idea in secret, generally will not be considered a public disclosure that would negatively impact your patent rights. However, if you are attempting to approach a company to (1) convince them to make and sell your product and give you a royalty or (2) to sell a product you will make, it may be very difficult to get them to sign an NDA or other legal agreement before you tell them anything about your invention.

This is true because, unlike when you are approaching an engineering firm, here you are not offering to pay the other party any money. You are essentially saying, â€œI have a great product or service that will make you money, but before I tell you anything about it, I need you to sign this legal agreement.â€ This is a difficult selling approach.

If they sign that agreement and then find out that your product is very similar to something they are already working on this creates a problem because you may assert that when they come out with that product that they copied your invention. Or if they just donâ€™t like the idea, they are still encumbered by the NDA for any further developments. It would seem that thereâ€™s little incentive for them to sign an NDA with you, especially if they receive many similar solicitations from other inventors or companies. Therefore, if your sales pitch starts by requiring the recipient to sign a legal agreement before further discussions, you may not have very many takers.

If your product needs further development and such development requires the assistance of outside engineers or product developers, then you should use a written nondisclosure agreement when engaging such outsiders to help develop the invention. Also, you should ensure that the terms of any engagement with such providers specifies that you will own any developments and inventions that they might create under the engagement. Outside engineers and product developers are generally more willing to sign an NDA, because you are usually paying them money in return for their services. Further, their business revolves around developing products and they should be used to signing such agreements.

Regarding marketing, if a patent application, preferably one drafted by a patent attorney, is filed that adequately covers your invention then from a patent perspective, you are no longer required to keep your idea secret. You may instead may go exploit your idea publicly. In fact, as it can take years to obtain a patent, inventions are usually commercialized and marketed after a patent application is filed but before a patent is granted.

Conclusion
It can be difficult to engage in a sales approach with another when your first request is to sign a legal agreement before providing information. Having a patent application filed before making a sales pitch is generally the best approach. Service providers, such as engineers and developers, are generally more likely to sign an NDA as they are being paid for their work and they may regularly assist in invention development.