The transfer of rights in a patent generally fall into two categories: an assignment and a license. The transfer is usually accomplished by an agreement.

Usually, an assignment transfers all of the rights* of one party in a patent to the recipient (the assignee). Vaupel Textilmaschinen KG v. Meccanica Euro Italia S.P.A., 944 F.2d 870, 875 (Fed. Cir. 1991); 35 USC 261. Also, a transfer of substantially all of the patent rights can be considered an assignment for the purposes of standing to sue for infringement. A transfer of less than substantially all of the rights, is a mere license. It is the content and legal effect of the agreement that determines whether it is an assignment or license, not its title.

In the Vaupel case, the court found the agreement at issue there transferred substantially all of the rights in the patent, where the seller retained the following rights: “1) a veto right on sublicensing by Vaupel; 2) the right to obtain patents on the invention in other countries; 3) a reversionary right to the patent in the event of bankruptcy or termination of production by Vaupel; and 4) a right to receive infringement damages.” Therefore, despite the seller retaining these rights, the agreement at issue was considered an assignment.

In contrast, in Sicom Sys. v. Agilent Techs., Inc., 427 F.3d 971, 978-979 (Fed. Cir. 2005), Canada licensed the patent at issue to plaintiff Sicom. The court found the license did not transfer substantially all of the rights, where Canada reserved the right to use the patented technology itself, to veto Sicom’s reassignment of its rights, and to sue for non-commercial infringement. Canada also retained legal title to the patent.

*The Supreme Court has also said that the transfer of an undivided portion or share of a patent can also be an assignment, but then assignor and assignee must act together to sue for infringement. Waterman v. Mackenzie, 138 U.S. 252 (1891). 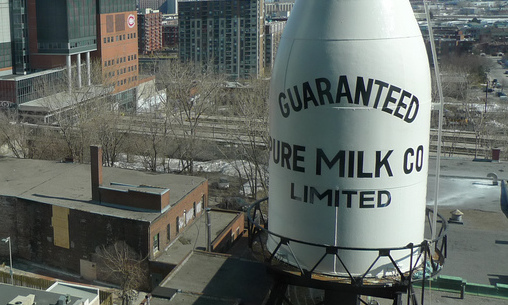 You develop a useful product. Let’s say its a needle for performing biopsies. You file a patent application on your invention.

Then you approach a medical device company and enter into a license agreement where the company receives exclusive rights in the invention in exchange for a royalty on each product sold.

Years pass and the company still has not fully developed and marketed the invention. You sue the company for not doing enough to get your product to market. But you lose because the license agreement contained no performance guarantees requiring the company to meet minimum sales or use best efforts to make, market, and sell the product.

At first Beraha refused to sign the revised proposal from Baxter because it did not contain a minimum guarantee or a best efforts clause. However, during a phone call with a Baxter Vice President and without committing to any specific level of effort, the VP said he would send Beraha a letter . On the basis of the assurance that a letter would be coming, Beraha signed the exclusive license with Baxter, which contained no performance Â guarantees.

The letter Beraha later received said “…Although we work in an environment that is always subject to changing conditions, you can be assured that our present intent is to do our very best to make this project a success…” However, this letter had no effect on the license agreement that was already signed. This is due in part because the license had a merger clause. Most license agreements have a merger clause, which basically says that “no matter what I said before, the only terms that matter are the terms written in this license agreement.”

The court found that Beraha could not inject a best efforts clause into the agreement when it did not provide one and when the minimum sales provision was removed during negotiation.

The court left open a possibility that Beraha could recover if it could show that Baxter breached its obligation to act in good faith and fair dealing. But, there’s no surety that Beraha could recover under that theory because the court said, “the jury could find that Baxter did not breach the contract even if it exerted no efforts at all to develop the Beraha needle if Baxter can show that its decision to exert no effort was reasonable under the circumstances.”

The best approach is to provide a clause that requires the other party (the licensee) to hit minimum sales in a defined period of time. For example, as in the first proposed agreement in the Beraha case, the minimum can be in the form of aÂ guaranteed minimum annual royalty payment. This requires that no matter what the sales are during a given period, the other party must pay at least the minimum during that period. If the guarantee is $50,000 per year, then you are guaranteed at least that amount even if the unit sale royalties do not reach that amount.

Consequences if Minimums are not Met

What happens if the minimums are not met?

If the license provides that you are paid the minimum no matter what the sales are maybe you don’t care if target sales are not met. However, if you want to see your product succeed in the marketplace you might want to provide a provision that cuts off some or all of the licensee’s rights if the minimums are not met.

One alternative to defining the minimum dollars or units per period, is a license that provides this: “the licensee agrees to use its best commercial efforts to make, market and sell the product.” Sometimes “reasonable” is substituted for “best”. Regardless, see how wishy-washy that phrase is? What does “best/reasonable commercial efforts” mean? How will it be measured? A best efforts clause is an invitation for a dispute (e.g. a lawsuit) because it is uncertain what best commercial efforts means.

It is better to specify what activities are desired, such as minimum sales, a list of marketing activities, and/or other requirements.

Do not rely on oral assurances that the licensee will use their best efforts to make, market, and sell your invention or product. Put concrete numbers and activity requirements in a product or invention license.

Photo credit to John Walker under this creative commons license. The image above is cropped in from the original photo here.