“Mr. Morsa … admitted in the specification that the system as described in the patent ‘can be implemented by any programmer of ordinary skill . . . ‘ . . . Therefore, by using Mr. Morsaâ€™s admissions, the Board simply held him to the statements he made in attempting to procure the patent.” – Federal Circuit Court of Appeals. 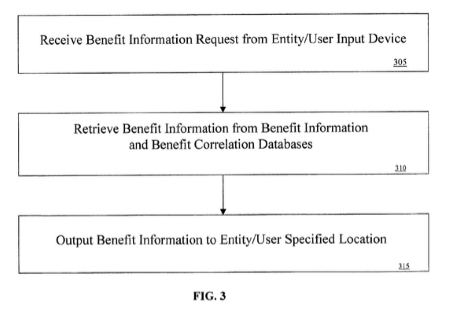 Morsa filed his patent application directed to a method and apparatus for furnishing benefits information. Claim 271 of his application provided:

[1] storing a plurality of benefit registrations on at least one physical memory device;

[2] receiving via at least one data transmission device a benefit request from a benefit desiring seeker;

The patent office cited a publication entitled Peter Martian Associates Press Release, dated September 27, 1999 (“PMA”) to show claim 271 was not new. Morsa argued that PMA did not provide enough detail to enable one skilled in this art to create Morsa’s claimed invention from the PMA without undue experimentation.

[2] [The second element] correlates with the PMAâ€™s statement that â€œconsumers use the web to screen themselves for benefits, services, health risks, or anything else an agency wishes to implement via its eligibility library.â€

[3] [The third element] maps onto the PMAâ€™s use of the internet.

[4] [Regarding the fourth element] the PMA reference allows â€œconsumers [to] use the Web to screen themselves for benefits, services, health risks, or anything else an agency wishes toÂ  implement via its eligibility library.â€

Morsa’s Admissions in his Patent Application

Morsa argued that these high level statements in PMA did not provide enough detail to enable one create Morsa’s claimed invention. The Patent Office solved this problem be pointing to admissions in Morsa’s application (“the specification”) as to what one skilled in the art would have known at the time of the invention.

The court noted that Morsa’s specification admitted that:

Therefore, based on those admissions, the Court concluded that one of ordinary skill in the art was capable of programming the invention based on the disclosure in the PMA reference.

In other words, the Court used Morsa’s admissions in the application to “fill in the gaps” in PMA as to what one skilled in the art would have know how to do related to Morsa’s invention.

If Morsa had not made such admissions, the Patent Office would have need to work harder to find reference that described the what one skilled in the art would have known at the time.

It probably would not have been too hard for the Patent Office to find a reference that described the use of databases and searching routines for use in an obviousness rejection. And, it possible that even if Morsa had not made the admissions in his application that his application still would have been refused.

Nonetheless, you do not what to make it easy for the patent office to refuse your patent application. Admitting that portions of an invention are “within the knowledge of those of ordinary skill in the art” or “well known to those skilled in the art” can be a problem, as shown in the Morsa case.

The reason Morsa made those admissions was so that he did not have to describe details of the items referenced as known, e.g. CPUs, search routines, etc. It’s a short cut.

But, it is better to describe the details of missing item or process or otherwise formulate statements without admitting components of the invention or the processes of making those components are “known by one skilled in the art.”

There maybe some instances where it would be acceptable to admit that a common component of the invention could be made by methods known by one skilled in the art. However, doing so is a double edge sword that can hurt you if not done properly. Given the potential downsides it is safer generally to avoid making such admissions.